Interior of a Dutch house in the 17th Century, with a woman absorbed into the rather trivial task of delousing her child's hair. Interior scene, genre painting, domestic contentment in well-ordered surroundings? Plain and simple? Perhaps. Let's look at the painting one more time. Closer. Much closer. We are in a room, in a Dutch interior of a middle-class family. The house settings: a box bed, a window panel, a door ajar, a brightly lit vestibule behind the main room which provides a wiew into another room. In the vestibule: a double door, with its upper part wide open, above which can be seen another window panel. The house furniture is also rather simple. A copper bedpan, a blue and grey stoneware jug on the right side of the bed, a kak chair (or a children's pot), heavy bed curtains and behind the woman in front of a dividing wall, a large basket of woven willow. The floor is made of Delft tiles, and one can see in the foreground, a little dog looking outside the house. On the walls of both rooms, paintings are hanged: the one above the main room is probably a landscape.


We have moved closer. Saw the painting again? What is the subject of this painting? The scene on the painting is only part of the painting. De Hooch's canvas was painted during his Delft years, between 1654 and 1661 - his own Golden age, so to speak - and responded directly to his clientele demands for domestic scenes and child-rearing practices, all intended to support morality tales of everyday life. De Hooch's use of the doorkijkje, the pictorial device of opening the vista from one room to another belongs to  a well-known painting genre, the inclusion of a distant wiev into an ancillary space. De Hooch clearly belongs to this tradition in Northern European art, but the painter transcended his own art. He went beyond his genre, beyond his subject matter, beyond the picture frame, beyond the visible itself and he did all this quietly. Pieter de Hooch has often been compared to Johannes Vermeer - the two painters were about the same age and both were active in Delft - but we know now that each painters' work was enriched by the other's skills and style. Whereas Vermeer is usually celebrated as the painter of light and the silent poetry of everyday life, de Hooch's oeuvre is generally known for its interior scenes and pleasant courtyards, in a calm atmosphere enhanced only by the gentle presence of natural light.


Presence? Light? What else? Let's look at "A Mother's Duty" with new eyes. What do we see? Or, perhaps should I ask: what do we not see, but is hinted at the viewer's inner eyes? A room. With a view. To a room. With a view. A painting imagined and designed like Russian dolls, one space containing the other, yet not always in a visually logical way. To see de Hooch's pictorial space - the one beyond the eye - we have to approach his picture as we would an enfilade of rooms. To enjoy it fully requires to align the viewer's look with his imagination, to glance at what is suggested. "A Mother's Duty": a mother delousing her child's hair. Afternoon. The light came gently into the room, filtered through the windowpanes. It is rather warm outside, everything is quiet. The whole world seems to hold its breath. This instant. This room. And after? And beyond? Yet another instant. Another room, with a view. To a room, with a view... Pieter de Hooch, or the painting in the doorway.
Posted by Ariane Kveld Jaks at 22:26 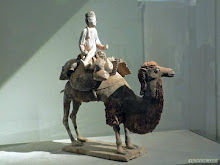 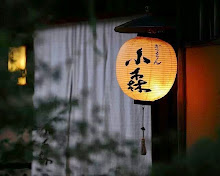 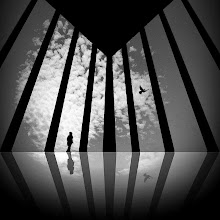 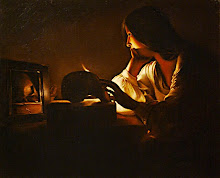 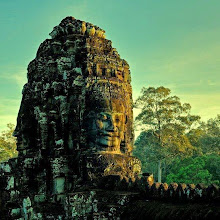